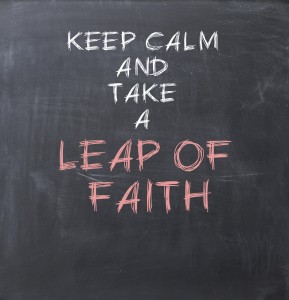 To this day there are not even a handful of reliable muscle testers out there. And the few of them who reach a significant LOC to be good testers often lose interest in the matter.

This article shall provide 25 (1 big and 24 short) practical tips that help you learn muscle testing more quickly and to discover some blocks that you may have had in the past. It attempts to simplify what Hawkins has taught by providing some simple explanations and examples. Many of the pitfalls were discovered while practicing.

1. At the beginning you might start out reading Power vs Force and get super excited about the consciousness calibration research technique. You think about all the possibilities that it can be put to and all the things you want to know. You make a list and start off…..But first of course you have to check if it works. So you start writing things in envelopes like ‘Hitler’ and ‘Jesus Christ’, mix them, test them and finally check your results. Or you have already bought Truth vs Falsehood. You randomly open a page, cover the numbers and then see if you tested accurately. So you try this …. and what do you find out? You are wrong ALL OF THE TIME.

The reason for this is – as so often – the intention for calibrating. By doing it that way the sole purpose of executing the calibration is to see if it works. And ‘seeing’ is the same as showing it to you or – in wording just a little step further – proving it. If it would work that way and it could be scientifically proven, dowsers would have been called scientists long ago. There is no scientific research on the subject of kinesiology that shows its validity. And the scientists are perfectly right that it is not provable, however they are wrong in their claims that it does not work. That is the irony. Although it is not provable, it is still reproducible. And it has to be so because the technique functions beyond the objective world. It is not possible to prove divinity, because it resides in subjectivity. The researcher cannot look at it from a Newtonian perspective; he has to look at it from the viewpoint of the Heisenberg principle. The intention alters the field and determines the outcome. Being prideful et. al. is a weak position to have. What baffles people is that proving divinity and proving a formula is not the same thing.

All that is needed is a small leap in faith

By changing your focus a bit and having a little faith you can make it work. Simply trust that it works and be open. This is very important. At the beginning use it only when you ‘really’ want to know something and be as open and integrous as you can. And after a while you will just know that it works. It is the VERY MECHANISM that makes it work. While it requires being open and forgoing the payoff of skepticism, this is not the same as being a blind believer. There might still be the possibility that it proves to be a fallacy and you can drop it then.

2. Consistently use cross-checking at the beginning. It gives a good contrast. The positive and negative statement should have a noticeable difference in muscle strength. It is really one of the only ways to find out if you have a result at the beginning.

4. Regarding 3. Some people get a wrong result when they really had no permission to calibrate something but they simply assume and imply that there is always permission and still try to get a result.

5. Start slow. At the beginning, just calibrate exact references of people or books, maybe small precise and unambiguous statements. Below 200 and above 200 is usually enough to know and is a good place to begin.

6. A little bit later also do not try to get the exact calibration. Just go for a range (e.g., the 100’s). One has to be an experienced researcher for single digits to give meaning to the actual context. You may notice that your finger also exhausts soon.

7. Don’t calibrate when you are bored. You might lie on the couch, have watched TV and now you do not know what to do anymore. You think, “ok let’s calibrate a few sets before I go to bed.” But it does not work. The boredom sets the intention and thus the context to below 200 and it screws the results. It becomes the predominant intention. Be aware of it.

8. What also might come up are inaccuracies regarding fellow teachers. Often one wants to know a calibration of a teacher or a friend who is on a spiritual path. The intention can here easily slip into a field of prideful comparison. Wanting to find out how ‘good’ he or she is doing their spiritual work especially in a way to ‘evaluate’, turns out to be something rather judgmental.

9. If you don’t get a clear yes on one statement and a clear no on the negative statement, don’t pretend to know a calibration of something or someone. Even if you are an advanced student, some discretion in general might be advisable. It has already frequently happened that false calibrations circled around and people started believing in a false result. If you are dedicated to integrity you will not want that to happen. If you find someone eagerly sharing calibrations of other people in public domains he likely has to be wrong. Experience shows that there is rarely permission to calibrate people and especially share their LOC’s with them.

11. While calibrating focus on the statement and not on the muscle strength. It might be that thoughts come in between the actual statement and the pressure push. Now the energy of these thoughts is calibrated.

12. You will notice that there are varying degrees of confidence in your results. There are four stages you go through while practicing kinesiology. At first you do not know at all if you got a result or not. Of course you have to start with something and take the first small hints for the actual result.
Then you assume or moderately think you should have a result because there was a little, but noticeable difference in muscle strength.
Then there is the case where the difference in muscle strength is clear and distinct and you feel subjectively good about it, which results in some overall confidence.
And finally there comes a conviction, a subjective knowing that after a test this has to be the result.

13. From experience it looks like one has to reach around 460 to be able to become a reliable tester in a research team. Below 350 one can not even accept what truth actually is. As Hawkins says this is a very difficult standard to meet.

14. Start with things you don’t really ‘care’ about (to avoid attachment), so that you have no stake in the answer. Attachment, especially in the outcome of a calibration can be a major block that is best circumvented at the beginning of practicing the CCRT.

15. When you are not sure about the result try testing things several times in a row and over a period of time. This way you can discover patterns that you may have missed otherwise, like awareness of your mood for example.

16. Testing is best done alone in a silent environment. It has the advantage that you can concentrate on your thoughts, your muscles and on your intention. You may have enough time to contemplate an issue or why there might be no permission for a calibration etc. It also relieves you of the pressure of what other people might think of you (e.g. ‘what is this weirdo doing’) or the pressure to be accurate. It might also help when you do it right after meditation or when your mood is solid.

17. Compare results with others, find dedicated students and build a testing circle. Especially at the beginning people often report they are unsure of their test results. Since consciousness research is all about finding out the truth, there is nothing worse than uncertainty.

18. Meditate, nothing helps more with calibrations than actually raising one’s level of consciousness. This is actually the most important point. You can find all about it in Dr. Hawkins books.

19. How to remain objective? Probably, besides permission, the intention to be objective helps the most. Not expecting nor wanting something to be of a certain calibration (even with a question like ‘did my girlfriend cheat on me’).

20. Be persistent in practice for a while. Don’t discard it too quickly if you think it does not work. I hear from people that it took them more than a year of practice to get to the point that they got some results and believed that it worked and another two years to get good at it. For others it might be more, but from the simplicity of the technique it should also be possible for children to learn it in seconds. Most people are on their own and do not have a good teacher; if people are aware of the pitfalls they may learn it quickly.

21. Calibrate everything. It gives practice. And like riding a bicycle practice is everything. With knowing about and reading about how to drive, you cannot drive.

22. Browse through the full list to get a feeling where people, books etc. calibrate – Full Calibration List. An awareness of the numbers will provide you to make estimations if the calibration may be true or totally off.

23. Watch how you are holding something in mind; the exact phrasing is important. Sometimes you get an answer and this answer is indeed correct, but what you think it means is different from what it actually means and one does not believe it. If you use images, the age of the person may have an impact. If you hold an elephant in mind it might have an impact if you are holding an African or Indian elephant in mind. If you want to calibrate Bashar (channeled entity), but you hold a picture of Darryl Anka in mind you might calibrate Darryl instead of the entity Bashar.

24. Practice with things that you can find out about later (i.e., are confirmable with little effort but that you currently do not know the answer to). You can test what an article is about based upon only by the title.

25. Sometimes you get a muscle response that is quite vague or wacky (usually this does not happen too often). This is already an indication in itself. Some additional calibrations that were made around the subject matter cleared up the inconsitency. Once a person was calibrated and the response was wacky. It turned out that the person was over 200, but the person’s overall alignment was below 200.

Many of the pitfalls that have been described are rather common sense and are encountered on the spiritual path anyway. However practicing the technique in earlier stages, these might represent major, insurmountable blocks to good results. Context has been provided to facilitate the dissolving of barriers.

If you are interested in practicing muscle testing you are invited to join the Calibration Study Group (David R. Hawkins) on Facebook. The group is currently restricted, but if you have a sincere intention to learn MT you should get accepted.

Could you discover some blocks you have had in the past? What are your problems with making the technique work? What are your experiences? Do you have an additional tip that you find missing on the list? Or what was the most astonishing calibration you tested? Let me know how it works out for you.