Warning: "continue" targeting switch is equivalent to "break". Did you mean to use "continue 2"? in /is/htdocs/wp1190727_0DGMZ7B1D4/www/wp-content/plugins/siteorigin-panels/inc/styles-admin.php on line 392
 About | CCRT Blog
CCRT Blog Consciousness Calibration Research Technique Blog

Frank Wawrzik, born on October 7th in 1985, studied electrical engineering at the University of Technology Kaiserslautern, Germany. He already worked for companies like the German Research Institute for Artificial Intelligence.
Frank is currently pursuing a Ph.D. in Computer Science. He researches ways and methods on how to abstract and rapidly instantiate virtual prototypes and test cases in the simulation of Cyber-Physical Systems. Related areas of his research are the Internet of Things, Artificial Intelligence, ontologies and the field of systems engineering.

In his early 20’s he was lead on an investigative pathway. It started by studying various forms of personal development like leadership, time management, rapid learning, behavioural psychology, philosophy, social engineering, hypnosis, achieving goals, and many others. Inquiring into these diverse fields of the human experience, interest soon began to shift to spirituality and meditation as it was seen as the solution to an underlying searching motive. His focus was placed on data aquisition and assessment as wrong pieces of information kept the mind wandering and finally left it confused without true progress. The whole field of study seemed surprisingly intransparent even to a detached observer and much less understood by many of their acclaimed advocates.

Finding happiness turned out to be a daunting task which was not achievable without very precise, detailed and valid scientific information. David R. Hawkins work finally resolved that gap and inspired Frank to create this website.
While working he updates the site occasionally.

CCRT Blog believes in the significance of having a spiritual mentor as well as having a dedicated testing group which gets consistent results, especially since it is the first of its kind. CCRT Blog envisions an institute or community that works at the intersection of science and spirituality in an interdisciplinary way. Main focus is on the Consciousness Calibration Research Technique, how it works and exploring its possibilities.

Some fields of intersecting research are:

What is a Consciousness Calibration Researcher (CCR)? 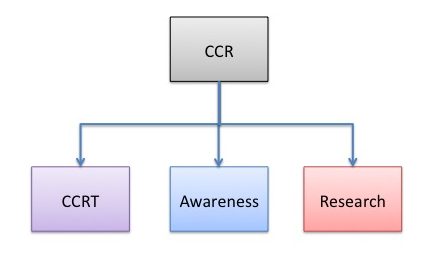 Basically a CCR has met the following requirements from three areas:

CCRT – He has practiced the Consciousness Calibration Research Technique for a few years and knows about its difficulties and pitfalls. He has developed a sufficient proficiency and confidence with the technique and has verified his consistency within a team of researchers.

Awareness – He has an LOC of at least 460+ and he knows how to actually meditate and increase his LOC by surrender and devotion. He knows about the significance of LOC and humility in research as it influences the ability to think and inquire.

Research – The CCR has some background in executing research in the scientific field. Additionally to calibrating a subject he researches the subject area to find inconsistencies through his own awareness. He phrases and calibrates additional backup statements from different angles to analyze and correct his assumptions.